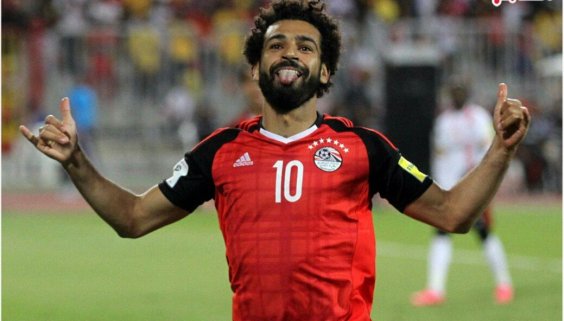 It was a virtual clean sweep for Egypt’s national team at the CAF Awards on Thursday, led by Mohamed Salah’s African Footballer of the Year title.

The Pharaohs won National Team of the Year, while manager Hector Cuper was awarded Coach of the Year to culminate Egypt’s triumphant return to the international football arena in 2017, following six years of mediocrity stemming from political turmoil and a changing of the guard.

Salah is just the second-ever Egyptian to win the award after Ahly legend Mahmoud El-Khatib did it in 1983.

The 25-year-old winger is enjoying a perfect start to his Liverpool career, having scored 23 goals in 28 appearances.

Salah, of course, also led the Pharaohs to the Africa Cup of Nations finals and helped end a 28-year World Cup finals drought, scoring five times in 10 appearances including the decisive penalty in Egypt’s penultimate qualifier, to send the team though to this year’s finals in Russia.

“It is an honor to be nominated and to be between these two great players tonight. Winning this award is a dream come true. 2017 was an unbelievable year for me. I had unbelievable moments leading Egypt to the World Cup for the first time in 28 years. I had wonderful moments at Roma and Liverpool,” Salah said after winning.

“I want to thank my family and all my teammates who supported me. I want to dedicate this award to all the kids in Africa and Egypt, and tell them to never stop dreaming and never stop believing,” he added.

The Argentine tactician’s park-the-bus approach helped Egypt reach its first Africa Cup of Nations since 2010, reaching the final before losing to Cameroon.